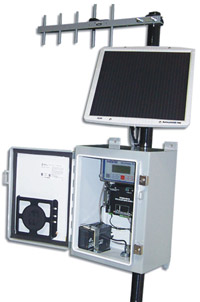 The principals in Environmental Measurements have been involved in the business of provision of environmental equipment and services for a long number of years. In 1987 we took on the Irish agencies for Instantel Vibration Monitors and Larson Davis Noise Monitors and formed Industrial and Marine Acoustics Ltd. This company traded successfully until 1996 when it became part of a larger engineering company which at the time employed more than 200 people and had offices in Dublin, Cork and the UK. In 2001 after a management buyout Environmental Measurements was formed, we moved to our current premises and have continued to trade successfully to this date.

Environmental Measurements approach is relationship orientated as we are a privately owned company which is flexible and without corporate overheads and restraints. Throughout all our years of trading, Quality and Safety has been a priority and we have a strong belief in the value of our people and their performance.

In the last 10 years we have been involved in a large number of civil and commercial projects including the following: